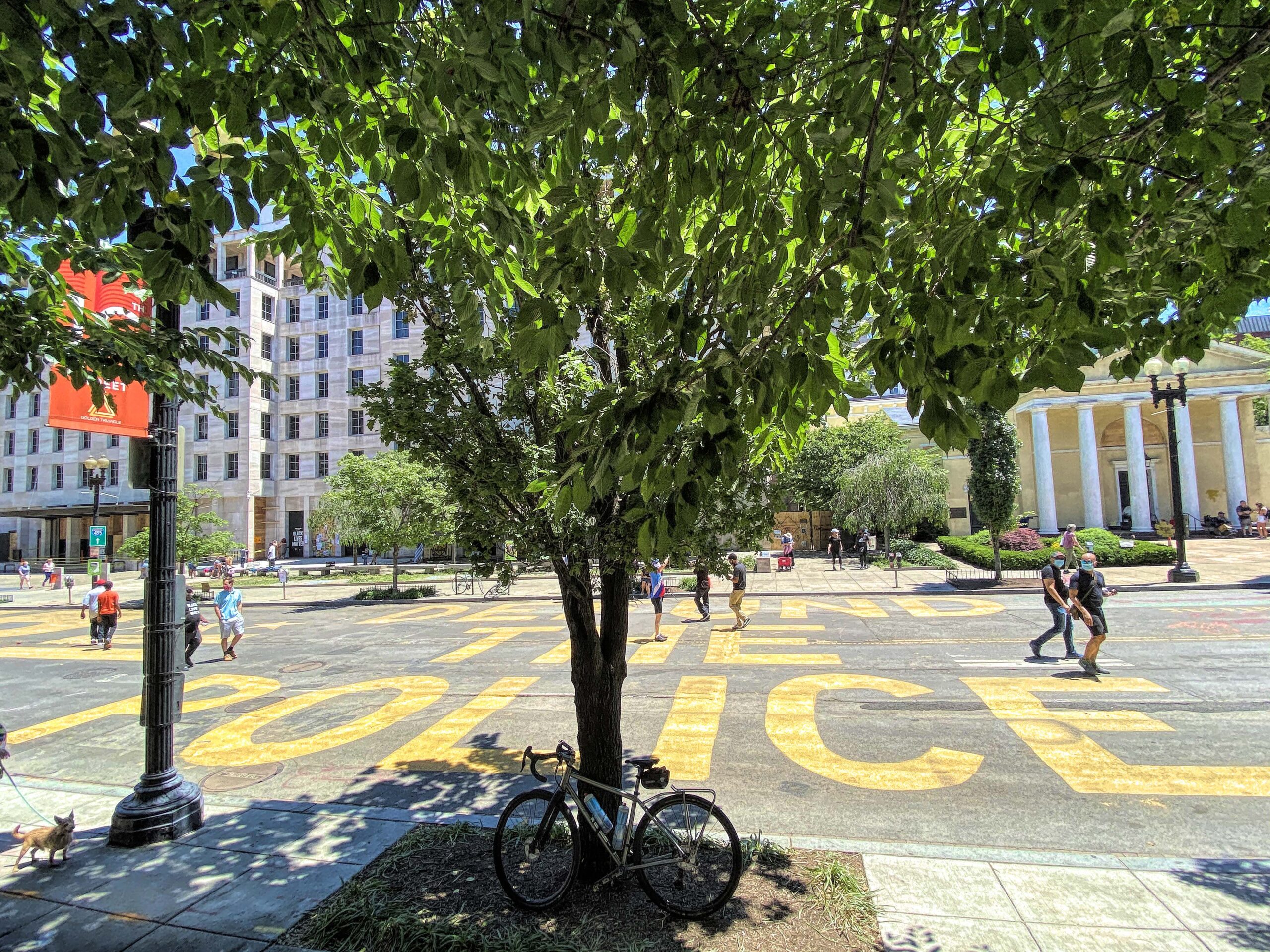 What does defunding the police mean? It doesn’t mean abolishing the police.  It simply means moving money from the police and putting into other things that are for citizens wellness.

We not only need more body cameras, but we need laws for officers that deliberately turn off their cameras.  What are they trying to hide?  Officers should be forced to intervene when they see officers cross the line or they themselves are complicit.  We need laws for excessive use of force.  The officer that killed Eric Garner used an illegal choke-hold but didn’t face any consequences.  Even when they are breaking the law the officers are not punished.  We need accountability.  Laws are great but we need these laws to actually be upheld.  Yes, police officers need to learn how to de-escalate rather than escalate situations but really, they know how to de-escalate; no one is talking about getting rid of inherent biases.  This is why the police needs to be dissolved and rebuilt.  The police were formed to catch slaves.  The sole purpose of the police was to punish black people.  After slavery was abolished members of the KKK started to become police officers as a way to continue to abuse and kill black people without being punished.  When black people finally were able to become police officers, they were instructed to never arrest white people.  Just think about that.  How can you uphold the law while not holding an entire race of people accountable when they break it?  Then white supremacists started to infiltrate law enforcement as a way to have their way with black people and to criminalize being black.  Many former and current police officers have told stories about how they are instructed to use force against people of color while not using force against whites.  The truth is most police officers know how to de-escalate situations.  We have seen so many armed whites in situations with police be de-escalated where-as unarmed blacks see a misappropriate use of force.  George Floyd was only called by cops for allegedly using a fake $20 bill.  Why should any use of force be used for a non-violent crime and how in the hell could a death result of that?  Continued in comments.

You can’t just flip a switch and reprogram all police officers’ brains to not use force.  Just think about how we saw the police respond to white people protesting with weapons and people protesting police brutality over the past couple of weeks.  This is why defunding the police is only a part of what needs to happen.  Defunding the police will allow us to reallocate the always increasing police budgets to other community services such as medical access, mental health treatment, homelessness, education, youth recreation and social services.  We need to re-think about how we direct funds to our communities.  I am a huge advocate for mental health treatment and according to studies a person with an untreated mental health issue is 16 times more likely to be killed by police than others without a mental health issue.  We need to stop criminalizing being black and being poor.  Divesting from police and re-investing in social services isn’t the end of the solution. It wouldn’t fix the systemic problems that I mentioned which is why defunding the police and also overhauling the police is necessary.  I have spent a about 2 months in Camden back when it was always consistently listed as one of the most violent cities in the US due to crime and murder.  It is extremely poor and has a large black and Hispanic population.  In 2013 the Camden PD was dissolved and completely overhauled.  A new department was created in which cops had to reapply for their jobs.  In this way we can look at each officer’s records and decide whether they should be re-hired.  How many complaints have they had?  The department should be selectively staffed.  The quality of the police should be the main focus.  Since this has been done crime has dropped 46 percent and murders are down 62 percent.  New officers go door to door to introduce themselves when they start in their communities. They are getting to know the people they serve. They are building from the ground up.

Meeting the people, you actually serve is a way to actually see them as people.  Camden didn’t defund the police but I think a combination of defunding and overhauling the police is necessary to build trust.  Camden hired new officers and trained in de-escalation tactics and community policing.  They still have to work on diversity in the workforce.  We need a city to take the first step and lead the way and provide a blueprint for the rest of the country.  This needs to happen now!