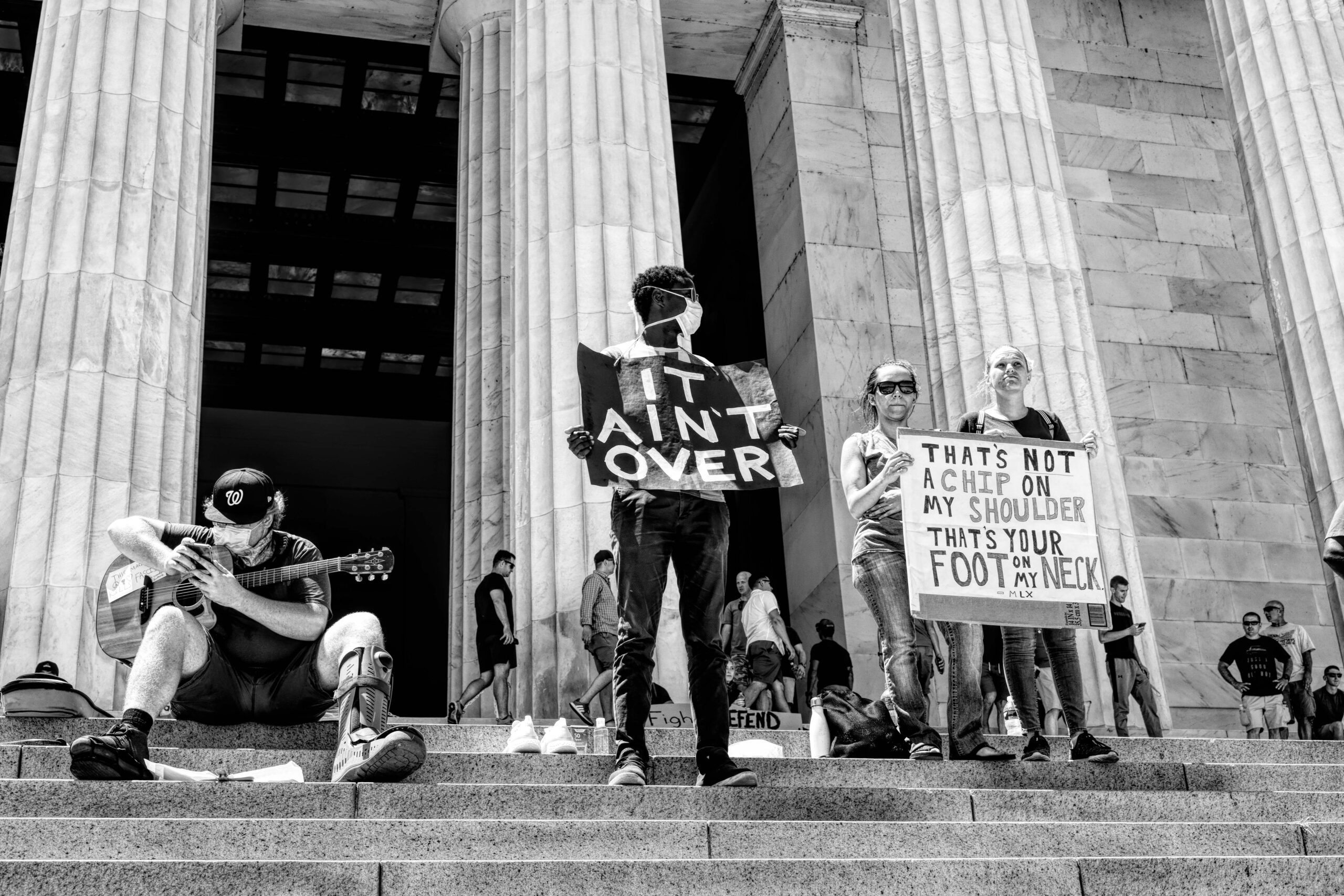 Something has been bothering me since George Floyd’s murder.  What made this murder enough for white people to finally protest?  Blacks have been telling you about racism in the US forever.  There is this fantasy that since slavery is over and on paper, we are equal and that everything has been fine.  Stop complaining.  You see the statistics and you have even seen the videos but we always face the same questions.  What did the victim do?  What is his criminal record?  I truly believe if people were not forced to sit home and actually watch the George Floyd video that most of the world wouldn’t have protested.  It took a pandemic that is disproportionately affecting black people to make the world open its eyes to another pandemic that has been affecting black people.  I think what bothers me the most is seeing so many white people say I had no idea.  This was willful ignorance based out of privilege.  We have been trying to tell you this for years but did you listen.  Did you ignore the previous videos?  We have seen athletes in the public eye protest police brutality.  When Kaepernick protested police brutality in 2016 everyone focused on the flag, which showed the value of a black life.  While blacks largely applauded him, tons of people screamed all lives matter when clearly black lives were being taken at a higher rate.  Can you imagine if you listened in 2016?  How many lives could have been saved?  How much progress could we have made?  During this pandemic we saw Ahmaud Aubery’s killers not even be questioned for murder until months later when a video was released.  It took me right back to Trayvon Martin.  George Zimmerman called the police on Trayvon because he looked suspicious, or to put it plainly, he was black.  The police told him not to do anything but he followed him anyway and murdered an unarmed black teen.  The black community was outraged.  This was when Black Lives Matter was founded. The black teen whom was not disturbing anyone, followed by a man with a gun, was the criminal and his murderer went free.  Were you listening when Lebron protested this?

You are seeing this entitled Karen behavior where white people literally just call the police on black people for no reason.  Our black existence is enough to be seen guilty in the public eye.  George Floyd wasn’t the first time we heard a victim of police brutality say I can’t breathe.  The NYPD cop that used an illegal choke hold on Eric Garner was only fired.  A black man was killed because he was selling cigarettes.  Think about that.  The problem there wasn’t that there was no law.  The problem was over and over again the police are proven to be above the law.  Why wasn’t he convicted of murder?  While speaking up about this, Lebron James was told to shut up and dribble.  I haven’t seen anyone comment that the Drew Brees’s of the NFL should shut up and throw the football when they comment on the national anthem or the flag.  We don’t need a video of Breonna Taylor’s murder to know that the cops that killed her need to be convicted for murder but they haven’t even been arrested.  We saw a video of Philando Castile’s murder after he did everything he was supposed to do.  I have a question; how many times have we seen someone recording the police actually try to harm the police?  We are recording for our protection.  We would be the dumbest people to record ourselves committing a crime against police.  You have heard Dave Chappelle, Chris Rock, D.L. Hughley and many other black comedians address this.  We have laughed through the pain.  I just keep thinking why now?  It has been in front of our eyes this entire time unfiltered.  I cried off and on for like five days after George Floyd’s murder.  It wasn’t just because of his murder but it was because of our voices are finally being heard.  We cannot win this fight without our white allies.  Keep this energy up!