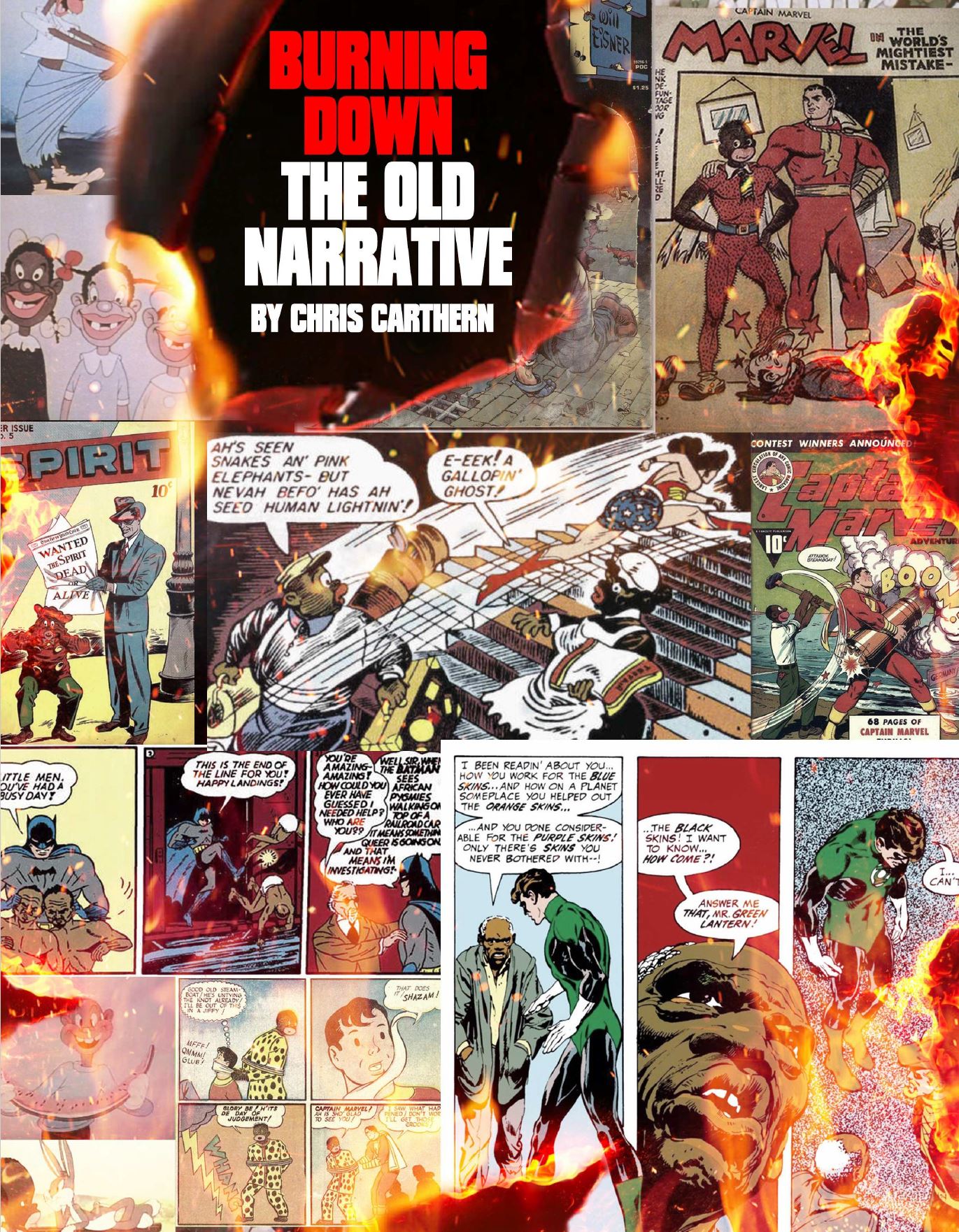 My entire life the vast majority of the time there was a single Black character that was barely part of the story, was never integral, and was either only there to die in service of the white characters, for comedic relief, to dance, or to just silently represent tokenism as if they were a broken and forgotten manakin that some (actually important) white character once called a “friend”, or simply managed to put up with the presence of, in a previous scene. And somehow, to this day in 2021, the presence of said useless manakin proves all the white people involved in the movie are… *not*… racists.

The only other choices were / are no Black character at all or you had / have to watch Black characters in movies with inferior budgets. By design, this problem persists to this day, unfortunately, and, “We will not have it, oh.”

Some barriers have been broken but it is nowhere near enough. Hence the point of there being so many damn barriers in the 1st place. We, as in myself and my team, are here to break down all barriers once and for all. We are done with white savior storylines and the whitewashing of our and all stories. We deserve immediate, and full, representation. And we are demanding it! Not just Black people. All non-white men. We are all underrepresented to accommodate the deliberate and extreme overrepresentation of white men and we won’t be short changed and exploited anymore.

Yesterday’s buses were just the surface of the problem. Every day’s studios and storytelling have had us seated at the back. So, we’ve got it from here, Rosa.

We want more. We want more Michael Burnhams, aka complex, bold, Black women leads, and no more stereotypical Black characters. And, for that matter, we also want more Phillipa Georgious. A badass Asian ally who’s mutual undying love, support, and trust with a young Black woman literally traverses mirror universes and kicks literally every single ass that gets in their motherfucking way. It gives us life.

It matters what stories are told.

It matters how stories are told.

It matters when stories are told.

It matters who is telling the stories.

Are there Black writers, artists, editors, publicists, casting directors, acting coaches, speech writers, news anchors, photojournalists, etc.? Are they racist, sexist, and/or bigoted too? The system has exclusively taught us self-hate so the second question is just as important as the first.

Then there is the other-ism. Whiteness is the authentic nature of things in the representation game so everything else needs to be labeled, “Other”. So, it’s no wonder when Black cosplayers cosplay as white characters (because nearly every damn character is white) they are called “Black” Ironman, “Black” Captain America, or even the craziness of “Black” Black Widow. Whilst many of the Black characters created have names like Black Lightning, Black Manta, Black Panther, Black this and Black that. These are racist names given by, typically, white writers and a cosplay community that constantly centers whiteness, in the name of “clarity”, or even “empowerment” or “acknowledgement” for “the Blacks”.

But, just wait, when “Latina Wonder Woman” get hip to game it’s over for you hoes.

Simply put, we no longer accept the condescending, racist, coarse, sexist, poorly developed, and just all-around bigoted stories thrust upon us as our only options for inclusion in our entertainment by white people who want to continue to define the non-white male experience whilst minimizing non-white male existence. Remember when Lois Lane went to “Little Africa” in Metropolis and Superman had the great idea of turning her skin color Black for the day so Black people would speak with her and she could experience life as a Black person? Bitch, that’s called Blackface. It’s illegal in New Wakanda and I also cover that topic in this issue because, you know, I got time today.

It’s commonly thought the X-Men comics were based on the civil rights movement. But how many Black X-Men were created? How many Latina or Latino X-Men? LGBTQIA X-Men? API X-Men? Native American X-Men? Real talk, the X-People would straight stomp the mostly white male X-Men. They already do it on TV worldwide for all to see. That shit’s called… “The Olympics”.

The majority of people in this country have fought bigoted white men in positions of power for the oppotunity to excercize more of their rights in this country… So where is their proportional representation in this conflict driven majority white male centered vision of the transformative nature of human mutation? Also, if the X-Men are indeed based on the Black civil rights movement, why in the hell did you all directly equate Blackness with… Mutation?

All underrepresented people deserve to be represented as full people. Immediately. They shouldn’t have to be superheroes to have power or value. Nor should their struggles, stories, and literal existence be used as reference or metaphors for white male heroism in all white worlds. Particularly when, objectively speaking, the people in positions of power denying their literal existence, whilst holding them back and restricting their rights and access to full citizenship, were and are those very same white men.

Rest in peace, Chadwick Boseman. My team will lead the fight from here.