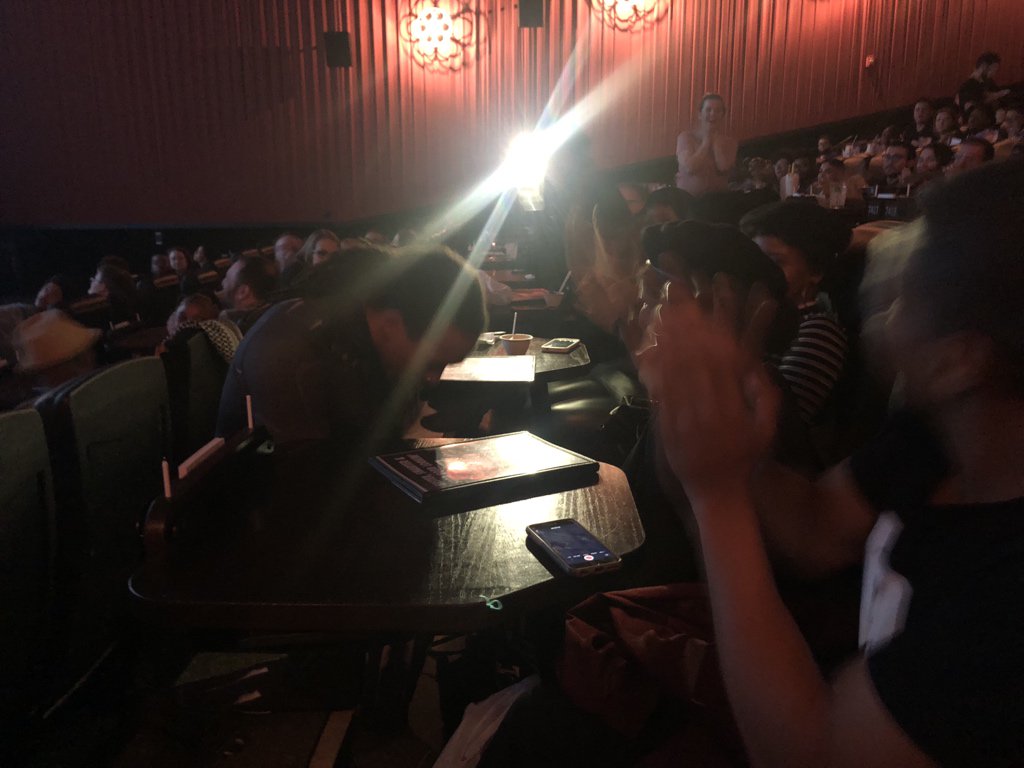 The hype for the Black Panther movie took the world by storm since its theatrical release.  Many Black people have been waiting for this type of representation in film for a very long time.  The beauty of the film has been praised by critics and audiences everywhere.  I went to the premiere in London recently with a friend of mine @mandoescosplay who cosplayed Michael B. Jordan’s character Erik Killmonger.  His cosplay was approved by Ryan Coogler himself.  He also sales cosplay costumes and sold a Black Panther costume to a man with a plan in Brooklyn. 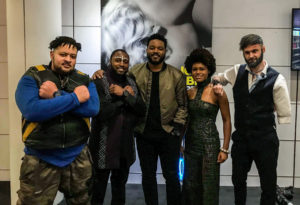 We have seen many cosplayers and people dressed in African garments to celebrate African culture when going to see the film.  Well Christoph took it a step further as he surprised his girlfriend at the Alamo Drafthouse in Brooklyn dressed up as Black Panther and proposed to her in front of everyone.  She said yes and the crowd erupted with applause.  I caught up with Christoph and just wanted to get his thoughts on the experience.

How long were you planning this?

I was planning this since Christmas day. I wanted to do an engagement that she deserved. One that showed I cared, that I planned, and thought about what she would like and what she thought she wouldn’t like unless I packaged and presented it well enough. However, I saw my chance on January 8 when she told me that she and her friends were about to buy tickets for the opening day of Black Panther. She asked if I wanted to come too since I enjoy seeing movies on opening night, but right then I knew that I’d have to make my move if not just to celebrate her going to a movie opening night. You see my girlfriend hates going to movies on opening day, so when she said that, I knew I had to make that day as special as possible.

What thoughts were going through your head as you walked up to her?

I had my speech all thought out. I had my little clear heart prop with the engagement ring in it on my arm. I called an attendant and pretended like they were in my seats. After all I had a picture of the printed tickets she was using to convince the attendant in case he asked for proof. I did that to get him to walk over so that they would not see me coming. I walked right up to her and her cohort and they were all surprised. I got down on one knee, and totally blanked! Everything I thought to say was gone from my head. The only thing I remember saying was the only thing I could remember which was the end of my little speech which was “Will you take what’s in my heart?” I presented the heart and she opened it and realized what was happening. I was thinking that her friends were really screaming so much I couldn’t think, and I was thinking that the more noise they made the more people would see. I wanted it to be heartfelt but quick. The minute I got on my knee her friends went nuts and screamed out “he’s proposing,” and then the audience got into it which did not help my nervousness, and then my mind went blank. I wish I could remember my speech. I’d been practicing it for a month, and even now it’s gone short of some of the few notes I wrote down.

Did you have a mask on when you walked up to her?

Sadly, I did not have a mask for this suit. Our mutual buddy @mandoescosplay, who created my suit, said ordering the helmet would delay the order, and I was already cutting it close. Frankly he did a lot to get the suit to me as fast as possible, so all the credit in the world to him because I literally got the suit the day of the engagement which in itself was a miracle. I really wanted it though because it would have added to the irony of the situation as she and I laughed about cosplayers who wore masks and costumes to the premiere. Again, I enjoy the irony that we were both dressed up as Black Panthers, hers being the political group, mines being the King of Wakanda. I felt the mask would have made her laugh even more when she saw and realized who it was.  But alas no, I did not have the pleasure of wearing a mask. Next time, I’ll be fully “battle” ready.

How did it feel to be cheered by the audience in this moment?

With all respect to everyone, it was freaking terrifying at first. I could barely hear anything and that was before she said yes. Once she said yes I felt really relieved, happy, and exposed. That suit doesn’t hide ANYthing. It shows EVERYthing, and it can be quite unforgiving. So after she said yes and everyone was cheering for us, I was happy and proud. I had not planned on there being such an out pouring of positivity, and the fact that people did so made me feel even more proud and glad that I chose to do it how I did. However, once it was all said and done, I could not wait to get out of there. I was very embarrassed. Plus I wanted to go so that things could settle down for her and her friends. But don’t get me wrong, I appreciated and still appreciate the love from the crowd! There’s so many things that could go wrong including audience responses, but it went all right and the crowd had a hand in that, so thank you to the Alamo Drafthouse crowd of Black Panther Theater 7 @10:15. They helped a magical day become historical.

How did you feel not being able to see the movie with her after you were engaged?

I felt completely fine with not being able to see the movie with her because frankly I wanted her to have fun with her friends. It was about doing something fun, nice, and surprising for her. I’d have the pleasure of her company the next day. Also, I had a ticket to a later showing so I was satisfied knowing that she was going to see it first. Besides, I go to see movies by myself all the time as well as with her, so the engagement and the excitement of the movie was something I wanted her to experience with her friends and without me. I wanted that positive energy to go towards her movie experience, and I feel that it would have been a bit diffused if I sat down right next to her and talked about what happened. In my opinion, it was better the way it played out. Besides, all of her friends were cheering, but it was quite apparent that none of them wanted to exchange movie times with me. Believe me, 12:30 am felt like a year away from that 10:15 pm showing.  Hahahahaha!

Just watched a proposal at the theatre. #BlackPanther

Wow I'm at @alamodrafthouse in #Brooklyn and dude just proposed to his girl, just wow only #InWakanda #WakandaForever

Omg a guy next to us in a Black Panther outfit just proposed & she said yes & the theatre exploded in applause pic.twitter.com/fYHZekxtGM

Thanks Christoph for taking time to speak with me.  Much love to the love birds!  I hope they get married in Wakanda!