It has been my dream to capture the Aurora (Northern Lights) ever since I saw photos of it. This trip to Kiruna, Sweden fulfilled that dream. The 1st night of the trip Matt goes outside to smoke and comes back and says hey you all need to come check out this Aurora. Well since he is Matt and is the greatest troll I know we don’t believe him. He states no I am serious and I go check and he was telling the truth. Guess I need to believe him mor;, nah haha… His wife didn’t believe him either. Well after we drove to a place with no light pollution to catch more of the Aurora as I struggled to find the proper settings and also getting my camera focused in the dark. Here is a shot from the first night. 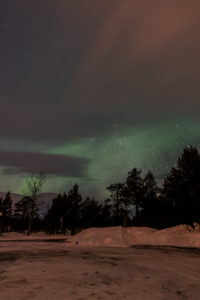 Some background on Kiruna.  The town of Kiruna is built in the worlds largest underground iron ore mine and the town will collapse into it in the future. The central town will be moving 3 km away next year to avoid this. Yea you read that correctly!

Day 2 was breathtaking in Lappland. We visited the Ice Hotel which was cool (pun intended) as seen from the photos. Many rooms were uniquely carved. You can only stay one night because it’s just so cold. 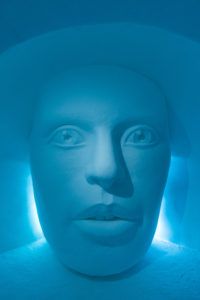 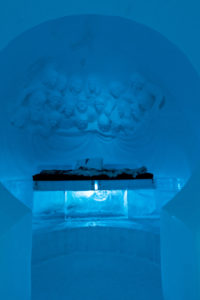 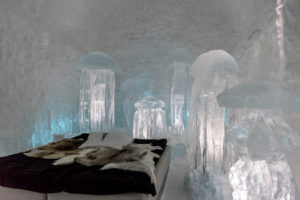 Later that night we witnessed the true beauty of the Aurora along with the Milky Way. I can’t put into words what I witnessed and the picture doesn’t even do it justice. Some people cried when witnessing the Aurora.  It was moving and looked like colorful music notes. I can die happy now.  A shot from Day 2. 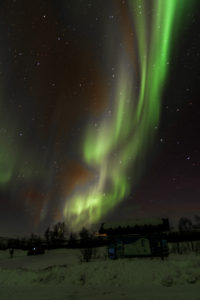 Day 3 was great as we went dog sledding and actually went on an Aurora hunting trip in which the weather was too cloudy to get great action but I got good photos anyway. The dogs were so eager to pull the sleds and it was cool being at the helm. Another bucket list item checked off. Here is shot of the dog sledding trip. 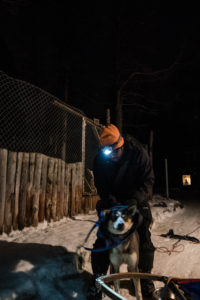 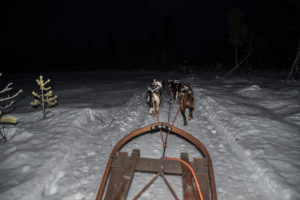 Actually we arrived back at the hotel to some Aurora action as the sky cleared. We lay on the snow in the cold snapping pictures. 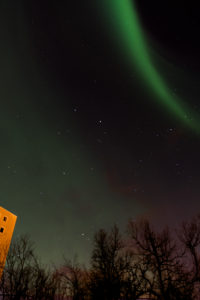 Day 4 there was some more awesome Aurora action and we made it to some really isolated spots and were able to capture some great shots. Of course on the way back there was an amazing Aurora but we were on a very lit road and it would have been too much noise pollution to capture the Aurora correctly. By the time we stopped on the side of the road it was dispersing. But that is how it goes when nature is in control.  A couple shots from Day 4. 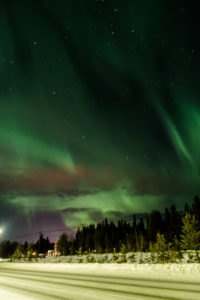 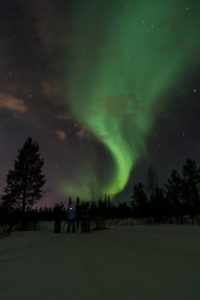 A big thanks to the crew for making me extended family on this trip. I had a blast.

2 Replies to “Sweden: Aurora Hunting in the Arctic Circle”