Black people make up 13.4% of the US population, but only 3.3% of all US corporate executive or senior leadership roles were held by Blacks in 2018. Data taken from the US Equal Employment Opportunity Commission. Only FOUR, less than 1%, of the current Fortune 500 CEOs are Black and ZERO are women. Corporate American has been failing black America for centuries. This is a form of systemic racism. There are talented non-white men that can lead companies. It makes absolutely no sense that you have white men making decisions for an entire consumer population. 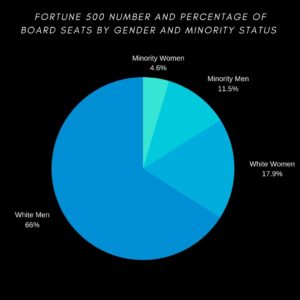 Companies have no problems advertising using black culture but won’t put us in power positions to make decisions. Companies have always put barriers or made it harder for non-whites to be successful and generally blacks have to be twice as good. This privilege needs to change now. Why do we have so few representation in boardrooms? If you only knew how many times, I have had to prove myself as an engineer simply because I am black. Literally I had to do this just this month. My company asked me to do some Cisco training and asked if I was comfortable with Cisco. I said have you not reviewed my resume. I have written a Cisco book and there is nothing that we are doing that is more complicated than what I have written. It quickly went from take this training to can you look over the training and tell us where gaps might be. Stop underestimating us.

If only you knew how many times I have shown up with a white counterpart and they are addressed as the lead when in actuality I was the lead and the customer is surprised until they see me lead the project. Mystery Dinner Studios is owned by Tony Aaron II but we have been on set and when someone outside the production has a question they address one of the white actors assuming they are in charge. This should not be the case and shows a huge bias. Companies must admit these biases and stop holding back blacks from leadership positions. And there damn sure should be more women on boards. Diversity should not only be considered in your hiring process but it should be a part of your company’s culture. 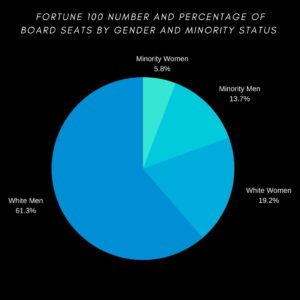