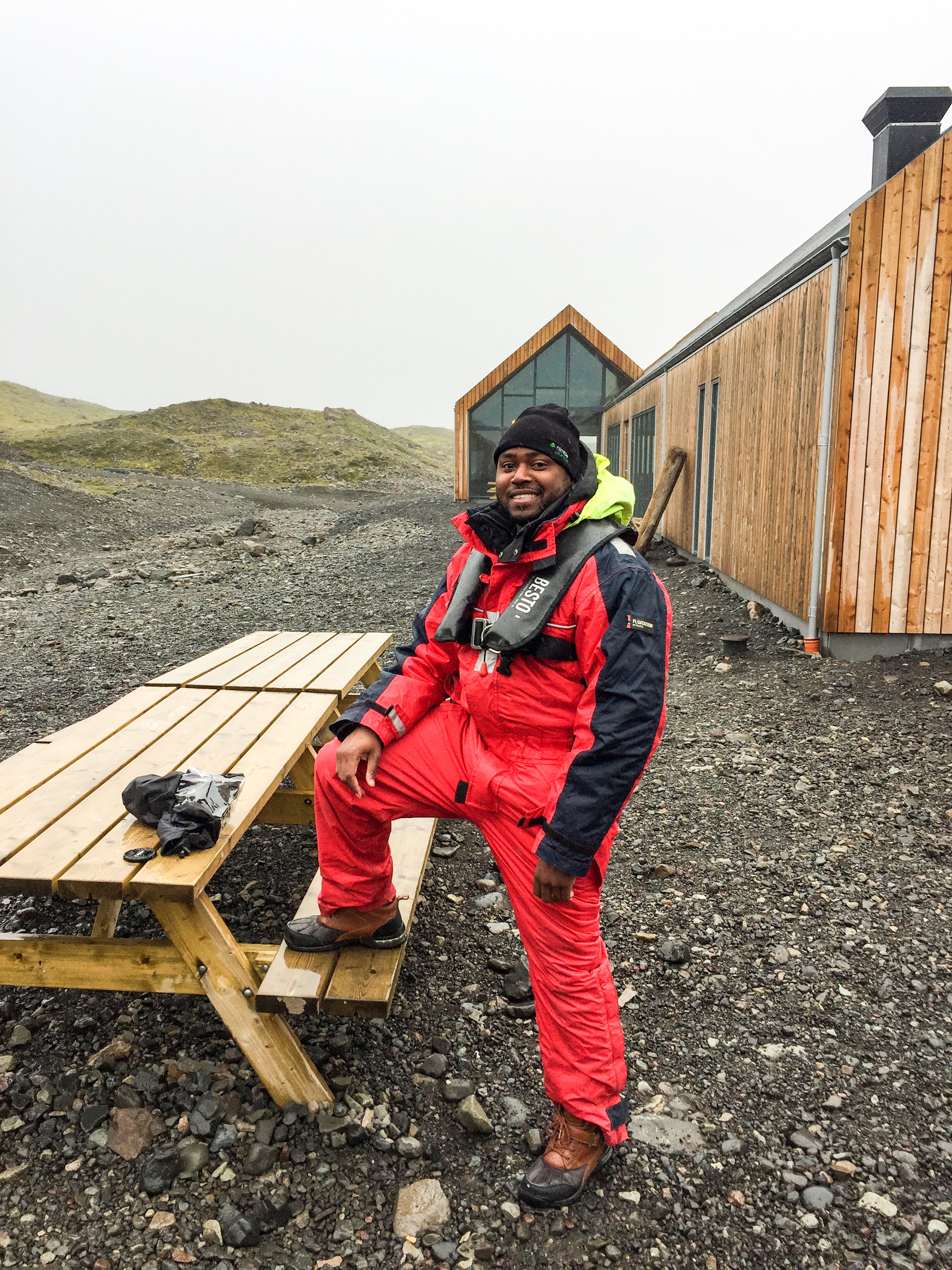 It has been a dream of mine to travel to Iceland really ever since D2.  Yeah that is a Mighty Ducks reference.  I love landscapes and great scenery and Iceland is a country of natural beauty.  With only 4 days in Iceland we basically just traveled east of Reykjavik until we were at a point where we can get back in 4-5 hours.  Iceland is full of waterfalls, mountains, volcanoes and rivers.   We chose not to book any hotels before going and we would just drive until we saw an interesting place to explore.  When nightfall came we looked for a hotel.  This worked out very well.  So you probably think we had an off road vehicle and we definitely should have but we had a tiny little car.  The main roads were cool but as soon as you came off it was pothole hell.  I am actually surprised the car made it through that.

The hope to was to see the Aurora Borealis but the weather did not participate.  It was cloudy and rainy almost the entire time which also made it difficult to get great pictures.  I did something I don’t do and shot at high ISO so that I could shoot at F22.  This probably was a mistake but hey it happened.  We tried to find a volcano that erupted in April 2010 called Eyjafjalljokul.  It was very foggy this day and we couldn’t see so we started hiking about a mile and a half in the area it was.  The ground was covered in volcanic remnants.  We passed through a waterfall and followed this stream until we reached a pool.  Yes a freaking pool warmed by hot springs in the middle of nowhere.  And it was pouring raining and people were swimming in it.  We needed trunks but didn’t have any so no swimming this trip.

While driving the ring road we came to a waterfall called Seljalandsfoss.  It was amazing in how tall it was and it was very accessible off the main road.  What made this waterfall so great was that you could actually easily walk behind it and actually feel the power of the falls.  I have a couple of pictures below. 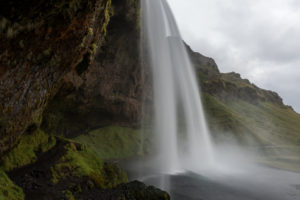 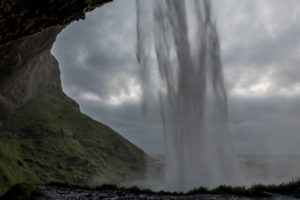 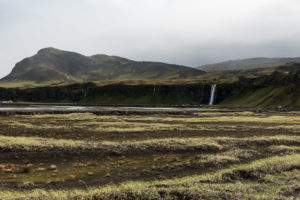 The next falls we saw was right after Eyjafjalljokul and it was called Skogafoss.  It was pretty damn impressive and offered excellent views from the base as well as from the top of it if you chose to hike up the stairs. 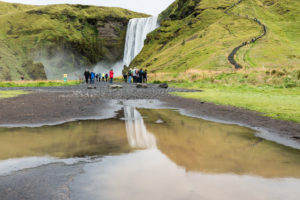 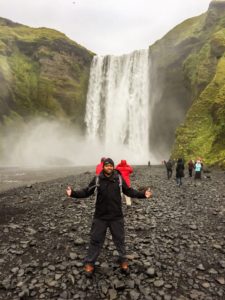 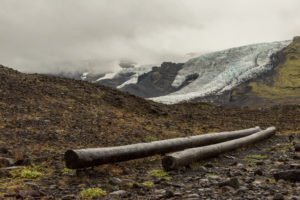 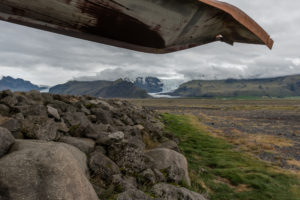 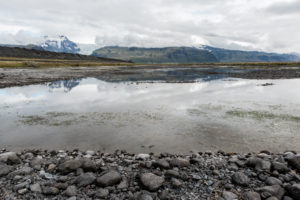 Skaftafell is an area in Iceland’s Vatnajökull National Park. Its huge glaciers include Skaftafellsjökull which we hiked to.  Here is Tyler on top of a huge boulder in front of the glacier. 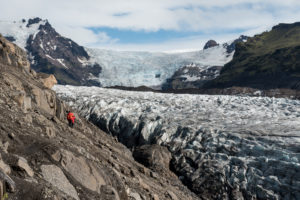 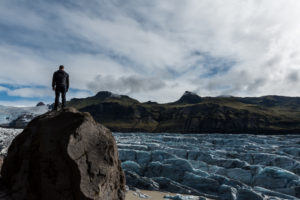 Skaftafell also has trails that lead to Svartifoss waterfall which was pretty amazing.  I couldn’t get the picture I wanted as my 10 stop filter was not cooperating. 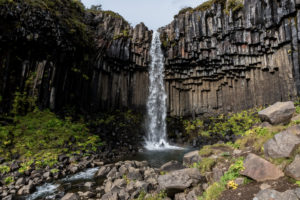 We also spent time at Jökulsárlón, a glacial lagoon with icebergs as we took a boat trip on in the rain.  It was very cloudy and rainy but it was amazing none the less. 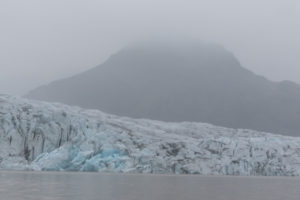 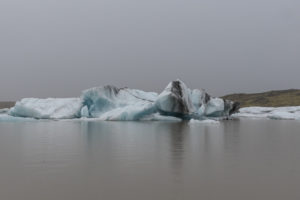 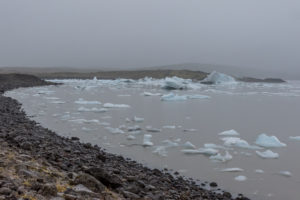 Finally we also spent a night in Reykjavik and had time to see the town.  Here are a few pics from the city. 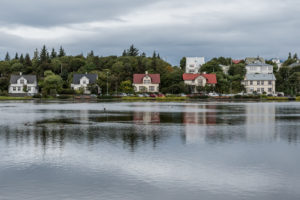 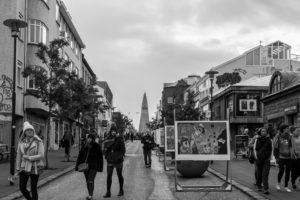 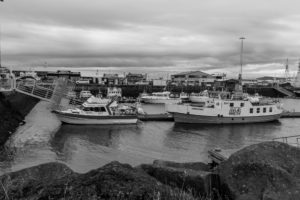 If you want some advice I would rent a bigger vehicle and take at a minimum a week an a half to really see Iceland.  What we had was a tease.  Of course just one week later there were nice Aurora’s.  Go figure.

Here are some photos of places I don’t know the name of but we just stopped on the side of the road when I saw something interesting. 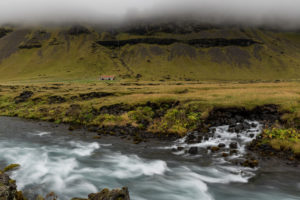 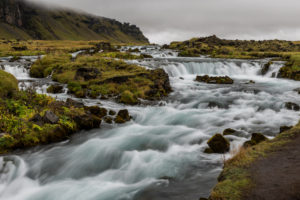 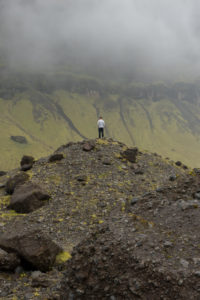 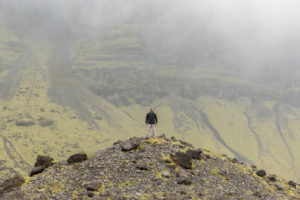 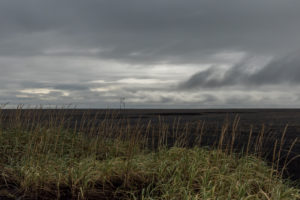 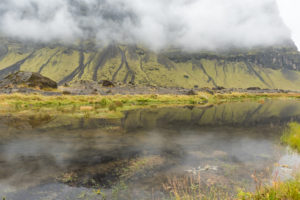 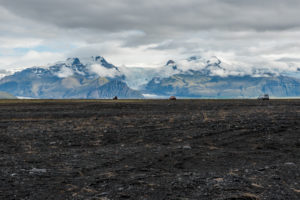 I am pretty sure Hobbits lived here… 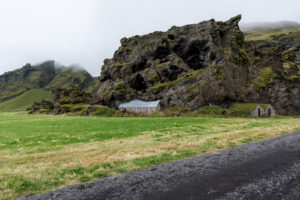 I’m hoping that my blog posts are inspiring others to travel and see the world as well.