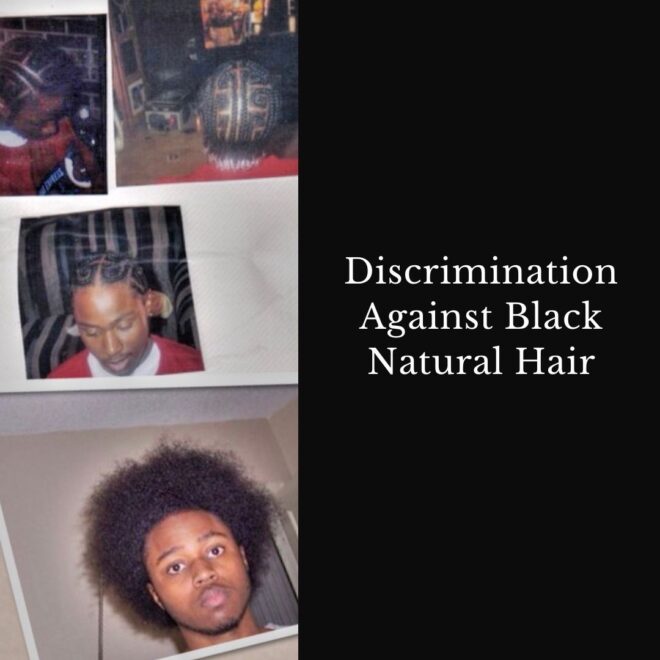 Systemic racism runs deep. Especially in corporate America where they can use something as simple as black hairstyles to discriminate against us. The year was 2006 and I was about to graduate college. I was forced to make a decision. Cut my afro that I had been growing for 4 years in order to conform to white society norms or risk not getting hired out of college. I chose to cut my hair. This was an all too familiar decision that we face as blacks. A couple years ago a black high school wrestler was told by a referee that if he didn’t cut his dreadlocks, he would forfeit his match. The teen cut his hair and won his match but imagine how he felt competing. In 2020 DeAndre Arnold was told he would not be allowed to walk in his high school graduation unless he cut his dreads which is a part of his Trinidadian culture. In 2017, a charter school near Boston two black 15-year-old girls who wore their hair braided, received detention for violating the dress code. In 2019, an elementary school in suburban Atlanta displayed several photos of black children, including girls with braids, to illustrate “inappropriate” haircuts. School districts have banned certain hairstyles, like dreadlocks and afros, and other districts have prevented students from attending school events like prom. Amber Young was a cheerleader at Yale, and cheerleading coaches told her natural hair is not allowed while wearing a cheer uniform. In 2010, Chastity Jones accepted a job offer from Catastrophe Management Solutions. The offer came with a caveat, she had to cut off her locs. She refused, and the company rescinded the offer. Black people are being penalized for the way that our hair grows out of our heads. Blacks have conformed to your society for years by hiding themselves. We don’t need to cut or straighten our hair to meet your standards. This is why representation matters. Natural hair is a part of black people’s racial identity and we have a right to wear our afro-textured hair. On December 5, 2019, U.S. Senator Cory Booker introduced the CROWN Act of 2019 on the federal level to prohibit discrimination based on hairstyles.